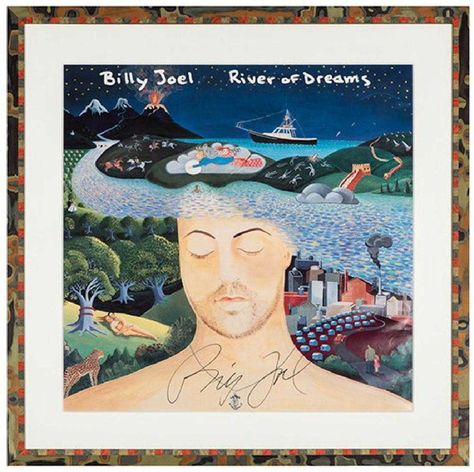 Released on this day in 1993, River of Dreams is the twelfth and final studio album by Billy Joel.

The album presented a more serious tone than found in Joel’s previous albums, dealing with issues such as trust and long-lasting love.

The album cover was a painting by Joel’s then-wife, Christie Brinkley.

In 1993, Rolling Stone gave her the Top Picks award for “The Best Album Cover of the Year”.