Album – BORN IN THE USA 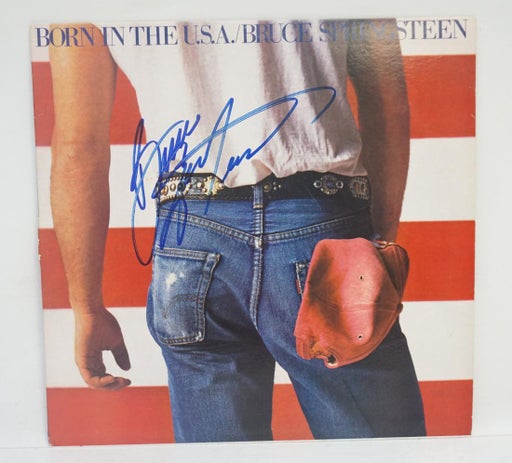 Born in the U.S.A. is the seventh studio album by American rock singer-songwriter Bruce Springsteen. It was released by Columbia Records on June 4, 1984.

The album’s music was written by Springsteen and recorded with his E Street Band and producers Chuck Plotkin and Jon Landau at The Power Station and The Hit Factory in New York City.

Born in the U.S.A. produced seven top-10 hit singles and was promoted with a worldwide concert tour by Springsteen. Born in the U.S.A. became his most commercially successful album and one of the highest-selling records ever, having sold 30 million copies by 2012. It has also been cited by critics as one of the greatest albums of all time. The album received a nomination for Album of the Year at the 1985 Grammy Awards.