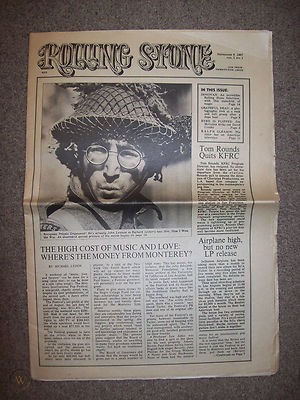 On this day in 1967, the first issue of Rolling Stone Magazine was published in San Francisco.

It featured a photo of John Lennon on the cover, dressed in army fatigues while acting in his recent film, How I Won the War.

The first issue had a free roach clip to hold a marijuana joint.

The name of the magazine was compiled from three significant sources: the Muddy Waters song, the first rock ‘n’ roll record by Bob Dylan and The Rolling Stones.