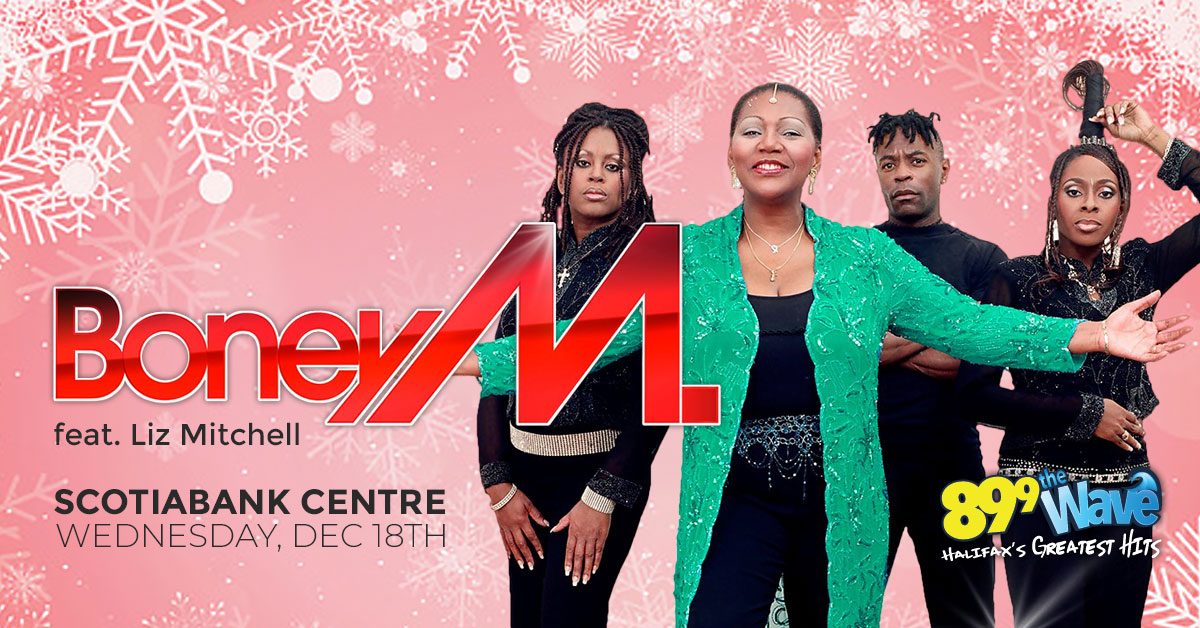 Boney M makes a stop in Halifax during their Holiday Favourites and Classic Hits World tour!

Originally founded in Germany by writer and producer Frank Farian, Boney M. was one of the disco-oriented pop acts which dominated the European charts throughout the late seventies and early eighties with a string of hits well remembered to this day.

We are now in the 21st Century and there is obviously no doubt that songs from the past are far more popular than ever before. Boney M’s international success during the past twenty five years has proven that their hits definitely belong to the collection of timeless classics.

In 2019, Boney M. featuring Liz Mitchell is still a phenomenal live act drawing huge crowds throughout Europe. The live show is as spectacular as ever and they are currently making live appearances in concert halls, galas, open-airs and festivals around the world.